7 Reasons Your Gums Are Bleeding

Home 7 Reasons Your Gums Are Bleeding 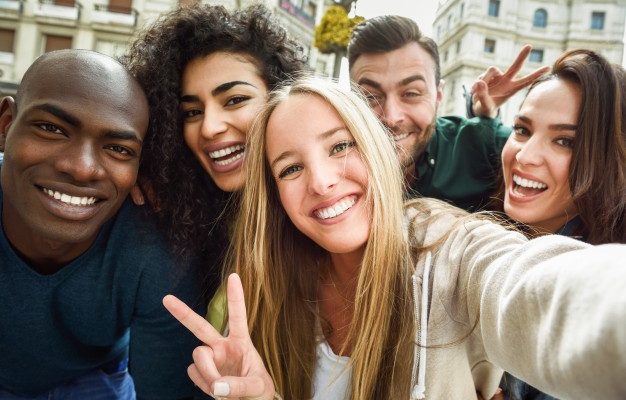 Did you wake up early morning to notice blood stains on your toothbrush and then not know what to do? Occasional bleeding can occur if something in your food has scratched your gums. But if it is frequently happening, then you might need to go through some of the causes to find the core reason and stop bleeding gums before it can become one of the serious dental emergencies.

Smoking increases the risk of getting sensitive gum, thus increasing the chances of getting gum disease. The common bacteria like porphyromonas gingivalis, aggregatibacter actinomycetemcomitans, and prevotella intermedia are all present in higher amounts in smokers than non-smokers. Smoking alters the way your body responds to the harmful bacteria. Inhaled smoke can leave irritating toxins on the surface of teeth and gums that can easily affect your oral hygiene. These substances cause the gums to be sensitive further resulting in bleeding gums.

If you consume processed food more than the healthy ones, then it might be the reason for your bleeding gums. Processed foods can irritate the gums and cause them to bleed. Try to tweak your diet with fruits and vegetables, along with calcium, vitamin C and D, and magnesium that are critical components of good oral health.

You need to follow the regular oral hygiene suggested by the dentist. Brush at least for two minutes, twice a day, and floss daily to remove the plaque stuck in interdental places. Even changes in brushing and flossing technique or choosing a new toothbrush can cause your gums to bleed.

The Canadian Dental Association (CDA) says that there is a chance that your medications could be the reason for bleeding gums. Some drugs like anticonvulsants such as Dilantin can cause gum swelling. Even blood pressure medicines, antihistamines, sedatives, antidepressants, antipsychotic, and immuno-suppressants can leave you with a dry mouth which is also another reason for gum problems. Saliva is needed to wash away food leftovers and neutralize the gum-irritating acids produced by bacteria.

If you have misaligned teeth, then you might develop a bite issue called teeth grinding. When you grind your teeth due to uneven bite or sometimes due to habit, the force results in enamel depletion and weakening. This can also put undue stress on the gums and lead to receding gums. Talk to your dentist about the solutions for an uneven bite.

There is a possibility that your family can inherit your oral health issues. Family history can also affect your risk for gum disease. If you think this applies to you, then you need to consult your dentist to perform a genetic test to ensure if that is the reason for your bleeding gums and avoid other dental emergencies.

Gingivitis is the first stage of gum disease. This is caused due to the ignorance of regular oral hygiene. When plaque on the gum line is not brushed away, it breeds bacteria that infect your gums. Gingivitis is easily missed unless you notice bloodstain on your toothbrush or dental floss. You can always consult your dentist when you are suffering from bleeding gums as it can be reversed.

Bleeding gums can be a severe condition if not treated at the earliest. Ensure to find the core problem to know what is causing bleeding gums and keep it at bay instead of waiting for them to turn into dental emergencies.